When is it time? How will you know? And how can I accomplish this without causing a global crisis?  ok, hopefully that's an exaggeration.

For the adult children and/or friends, neighbors, colleagues of the elder, there’s the emotion of fear.  This is mostly “will the elder get in an accident and hurt/kill him/herself and/or others.”  You and I all know of accidents that happened, or almost happened, or coulda happened.  My father used to say of his mother that "she followed the radiator cap down the road" cuz she could barely see THROUGH the steering wheel... but how do we convince our elder that it's best that s/he does not drive anymore?

I think it's a matter of realizing not just the fear that I feel as an adult child of an elder who (might) should not be driving anymore.  But that I also realize what my elder is going through.  Hmm.

For the elder, it’s about two main emotions: freedom and sadness.  And sometimes anger.  Let’s discuss the first element, freedom, here today and save the others for a later time.

Let’s face it, being able to jump in our cars and go somewhere is something that many of us have enjoyed since our teenage years.  The loss of this activity can be experienced as a huge restriction on someone’s freedom.  What if I just want to go to the library and get a new book to read?  What if I've just run out of cat food, or worse yet, cat litter?  What if I just discovered that the milk has spoiled?  I don't want to always be bothering my neighbor, or my daughter?  It's just around the corner!!!

Wow, we can relate to that—even if you or I live in a city where we’re more prone to take transit instead of driving.  It’s ingrained into us, the freedom to just go when and where we want to.  It could be that we have a destination in mind, or we’re just going for a drive.  If someone takes that away from me, that could easily make me angry.

So, how do we know when it’s time?  Are you beginning to hear any comments like these in passing conversation?

“I only drive during the day now”

“I never drive alone” – this one could be good or not so good, depending…

“they don’t understand” – that may or may not be the case.

These might be an indication that we pay more attention, before the fender-bender (or worse) occurs.

With time, there can be a new found freedom:  "I gave up the car keys, and now I have a chauffeur!"  It’s a shift in consciousness.  And it brings companionship along for the ride, too.

So, what has been your experience?  We’re going to cover some of the other elements in subsequent posts.  Share your story or question, and let’s start the conversation.

On a lighter note, here’s one of my stories:  After my mother passed, I drove my father to renew his license just before his 90th birthday.  He was using a walker and not driving anymore; we both thought it would be a good idea to get it renewed for ID purposes.  He passed the eye exam, and he received the renewal, as there was no driving test.  Later he would entertain his friends at the retirement home, saying how silly* the DMV was to give him a renewed license.  [*and sometimes he described the DMV with stronger words, including “stupid”, etc…]

Don’t do Facebook—just post your comments below.  And share this and thanks!  You and I do deserve a badge for that  🙂 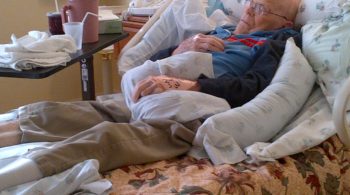 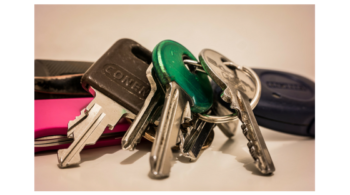